inspiring women to be financially independent 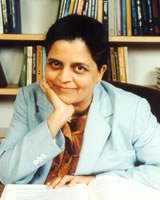 Shaku Atre Memoirs : The story of a girl from Panvel, India

The two major themes underlying Shaku Atre’s memoirs are shared in the Prologue. One story line addresses the self-confident, successful business woman. “Dressed in my sari, I stood in the lobby of IBM Europe’s  headquarters in Paris, watching people step into and out of the elevator. I was 26 and finishing my doctoral thesis in applied mathematics at the University of Heidelberg in Germany. I wanted a career in computers and was deciding whom to approach.”

The second theme is the poignant and admirable story of the mothers who supported the development of this young, bright, Indian girl in a world not always hospitable to such success. “This is my story and the story of my two mothers. One was biological and one was unofficially adopted, my maternal substitute in a foreign country. Both suffered through their lives on this earth – quietly, as many women do.”

CHAPTER ONE: The Panvel of Antiquity

Chapter one describes Panvel, the Indian village near Mumbai where the author grew up, and the wada or walled compound in which she and her family lived. Before the rainy season Panvel was “90 percent mud and 10% water” with the water buffalos sitting “in wet mud to cool off … and all we could see were their two eyes and two nostrils.” During the rainy season, Panvel was all water and water is a major motif, from the monsoon rains, which were enjoyed from the balcony of the wada, to the children of Panvel living gloriously free and happy lives, but lives that are entwined with the harsh reality of lice, snakes, sickness, and possible death. Nevertheless, as with nearly all the children encounter, they find enjoyment with the monsoon rains, using the running water of the gutters to float little paper boats. “Little baby frogs sometimes jumped on the paper boats, no doubt surprised that they were floating so fast. Sometimes you could hear a frog at a distance pleading for an escape when it was swallowed by a water snake.”