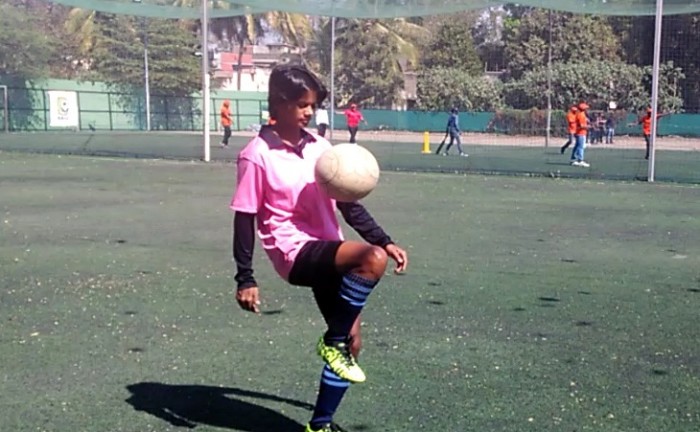 I was born in Kolhapur, India, and lived as a child in a small village near Kolhapur with my mother and brother. My parents are separated, and my family’s finances have been very meager all my life.  After I finished my 7th grade school in my village, I attended high school in Kolhapur, a much bigger town than my village. I walked to high school close to 10 Kilometers (6 miles) everyday – each way.  Because I had to work on the farm several hours a day, I had no time to study, and as a result, I failed my 10th grade exam. I didn’t want to sit at home, so I took a clerical job. While I was working, I studied on my own the subjects that I had failed and was able to pass my 10th grade exam. 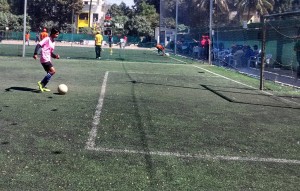 I loved soccer (football) and visited all the soccer clubs in Kolhapur, hoping to play, but none of them had practice sessions for girls. Then, I was admitted to Mahavir College, a college which is well known for sports, at the 11th grade level. In the 12th grade, our team was ranked first at the state level in soccer (football). However, I had to leave college to make some money to be able to continue to live with my mother.

One day, when I was returning home, some boys stopped me, hit me, and molested me. My mother and brother did not stand up for me against those boys. Even today, my brother says, “Because of you we are defamed.” I was the victim, and I was blamed for the incidence. I used to cry a lot, but no one cared, not even my mother. I questioned myself ‘Why should I live in this house?’ 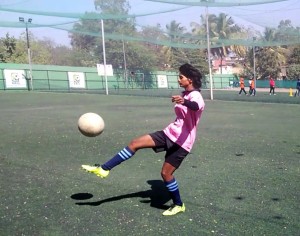 My health started to deteriorate. Someone told me I should have an HIV test, which I did, and fortunately everything was normal. However, I was still emotionally distressed.  I was walking to school when the same bullies stopped me again. They threatened that they would kill my mother and brother if I said anything about the incident to anyone. A few days later, they came to my home. They lied and said that I said vulgar words to them. They threatened, in front of my mother and brother, to beat me up in the market square before the entire village.

My mother and brother told me to leave. My home was no more my home to me, and so I packed some clothes. My mother sold our TV and gave me some money to leave. I travelled to Pune. When I got there, I didn’t know where a young girl like me could live. I didn’t know a single soul in this big city. I found out from the newspaper that I could sleep in a ladies hostel by paying for the night. During the day, the same bed would be used by another girl who was working nights. That meant that at 8:00 in the morning, I had to take my belongings and leave the hostel and return at 8:00 o’clock in the evening, when a bed would again be vacant. All I had was the security, a bed with one thin blanket, a toilet, and a shower. I could have breakfast and dinner at the hostel’s canteen. For lunch, I bought a snack from a street vendor. 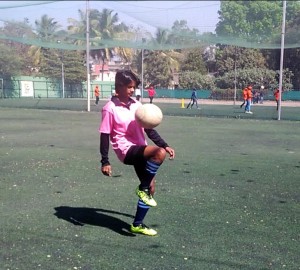 I was aware that it was difficult to get a good job even for college graduates and I had passed only the 11th grade exam. There was an ad in the paper for a job opening as a clerk in a Life Insurance company, and, fortunately, I was hired. My physical and emotional state were very bad, but I was content to be away from my home. I saved some money, applied for admission and completed the MS-CIT (Maharashtra State Certification in Information Technology) course. I studied in the Kolhapur’s Indira Gandhi Junior College and finally passed the 12th grade High School exam with good marks.

Meanwhile, the insurance company was laying off people. I was one of the first that they let go, because I was under a temporary contract. I thought about going back home, but I had absolutely no desire to do so.  I walked to the Swargate bus stand. What should I do? I just sat on the bench.  I was not able to make a decision and night had fallen. I took out the bed sheet that I carried and used my bag as a pillow and slept. It was my first experience of living like a beggar. 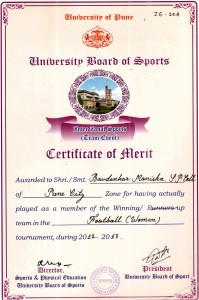 The next day, I walked to S. P. College and attended a lecture.  After the lecture, I went to the fee counter to inquire about the fees to attend the college. I was unable to pay the required fees. I spent that day just walking around the college campus and in the evening I went back to the Sarasbaug garden. I just went on crying, wondering what I had done in a previous life that I was being punished for in this one. I was not able to control my tears. Some boys passing by teased me for crying taunting me that my boyfriend did not come to meet me. I slept again at the Swargate bus station.

The next day, I again went to the college. I decided that I would leave that night and go back home, because I wanted to live and it did not seem possible here. As a last option, I decided to meet Professor Ghorpade, who taught Hindi language to B. A. first year students. I told her my problem and asked if it was possible to not pay the tuition and just take the college examinations. She told me to go to the swimming and track building and ask for Prof. Ashtekar. When I found him, he asked me in a stern voice why I wanted to meet him. For a moment, I thought I made a big mistake coming here, he sounded so severe. However, when I told him my problems, he got up from his chair and saluted me. I still don’t understand why he saluted me. That evening, he took me to meet the head of the science department, Prof. Sahatrabuddhe. Between them, they made arrangements for me to stay in the hostel. That day was July 3, 2012 and I will never forget that day. 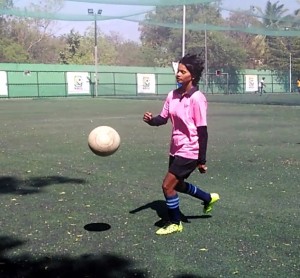 Thanks to the guidance of Prof. Ashtekar and Shri. Atul Vakankar, I was able to complete my degree course with good marks (66.16%), but I didn’t know what to do with this degree. Prof. Ashtekar suggested, because of my love of the game, that I apply to the physical education college. I faced a big problem, however, once again I did not have the money to pay the fees and meals.

I was fortunate enough to be introduced to Ms. Shaku Atre, who offered to help. Because of her help, I was able to take the Physical Education course at Chandrasekhar Agashe College. Thanks to her generosity, I’m able to dream of living a good life on my own.